You are here: Home » Still No Change to the Cashless Mirage in Europe for Travellers

Still No Change to the Cashless Mirage in Europe for Travellers

So why do I call it a mirage, well a mirage is something that appear to be there but as you get close it is not.  So let us look a little more closely at these POS points.  I have blogged previously around this whole issue of acceptance in Europe before:

In many markets in Europe Visa and MasterCard are viewed as credit brands and thus stores only accept VPay and Maestro. 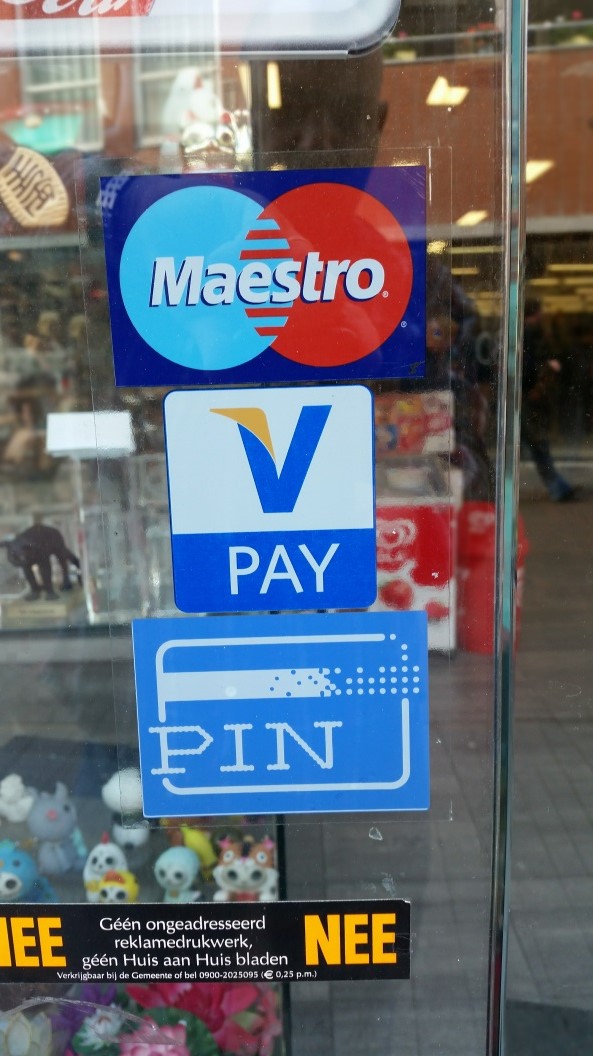 Post the new interchange regulations it seems little has changed.    At a petrol station in the Netherlands called Berkman, this is a main high street brand, in a main tourist town with tens of thousands of tourist visitors not even VPay is accepted.  Maestro is accetped I would contend as this is the brand the old PostBank card that went on to become ING Group adopted on its cards. 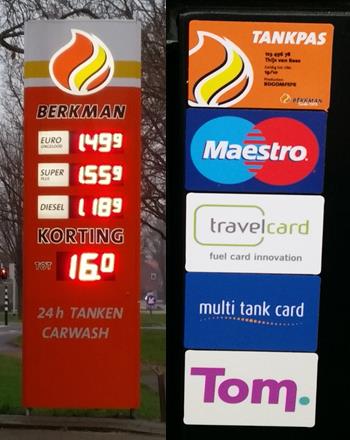 So even though Visa has 28% market share in Europe as whole this is not evenly spread and the overall percentage skewed by the huge number of Visa Debit cards in the UK.  Domestic schemes in Europe according to RBR account for some 28% of all transactions by value and most of these cards are co-branded to meet SEPA requirements with Maestro, a brand that is almost impossible to find a card issued under in the UK.

In fact according to RBR these national schems are dominant in Belgium, Denmark, France, Germany and Norway  where they commaned some 60% of all spend. 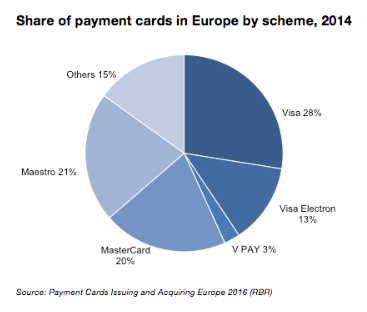 So what does this mean for the average cardholder. Well one of the key things is that in Europe just because somewhere takes cards, don’t expect it to take your card. Further if you are a traveller from the UK where Maestro is very rate animal indeed expect that accepting cards as in your Visa/MasterCard m

A new global review of cashless stadiums both open and closed loop. A look at the recent open loop trials at festivals in Europe.

A key question many brands ask as their initial prepaid card contract comes up for review is ‘Have we got the best deal?’ Polymath Consulting's structured review process can help ensure you are getting the best deal or find you the best solution if just launching.

Read more about the review

IDT have a long standing relationship with David and Polymath Consulting; both through RFPs we have been involved in and also in seeking their support on various issues. David with the team at Polymath are certainly one of the pre-eminent knowledge based consultancy in the prepaid field, but what really set them apart is how we have seen them support clients get real projects to market and launched. It is always a pleasure working on projects with David and his team.

If you want to know what's 'going down' in the payment card industry, David is your man! When I looked at opening up The Card Awards to include prepaid, David was a great help in defining the market and advising me on who might be eligible to enter.

David is a knowledgeable person to support your implementation and ongoing management within financial services and will always deliver excellent results.

David is the go-to guy for information on what is happening on the prepaid scene in Europe and emerging markets. He is knowledgeable and connected, and has dug into the metrics of prepaid as no one else I know in this industry. He is a valuable source of information!

David is the telephone call you take and are always sure to be rewarded with insight, innovation and (usually!) entertainment. He is particularly thoughtful on our sector of payments and was very helpful to Tuxedo as we developed our market position in 2007-8.

If you need to know anything about what's going on in Prepaid, David is certainly one of the first individuals that I call. His knowledge through the research that he regularly produces makes him an invaluable resource for those wanting to learn more about the prepaid card industry. David will always provide an open and honest view, and I have found that refreshing in this emerging industry which we both work.

David is a knowledgeable and well networked professional. He has extensive experience of the market and is able to provide valuable insight into the world of prepaid. I have used David as a consultant on a number of projects and I have always been delighted with the quality, timeliness and value of his work.